This year we spent Easter in Berlin once again where (in spite of the dance ban on Good Friday in Germany) the traditional competition "Blaues Band der Spree" took place.

Just a few years ago, the competition day in Berlin began with a very long waiting queue at the check in. You could tell the "Blaues Band" newbies from the veterans.  They were simply not equipped for all the possible weather conditions which was quite necessary since the queue led past a chewing gum kiosk all the way outside where the weather was usually cold and wet. However, the organizers learned from their mistakes and moved the check in further inside. The registration itself is also much faster than in the past. You can even register in the evening before your competition.

After having checked in successfully we begin a search for the least full dressing room - a real challenge. At the very end of the hallway we find one with the fewest suitcases to climb through. The dressing rooms are small but clean. There are even a few lockers there, all taken though. On your way from the dressing room to the hall you can feel the air getting thicker. I search for for the oxygen tents inside the hall but all I find are a few sausage kiosks and shops. Well, the lack of oxygen is probably caused by the vast crowd but at least you can't complain about not having any audience.

You should get ready for quite a large number of couples in pretty much every class. If you are after rank list points, it is the right comp for you. The floor is very comfortable - neither slippery nor sticky and quite large. That applies to the international competitions. The national ones only take place on one half of the floor but the couples seem to get along with it very well. The senior classes have their own hall which seems a little remote. If you don't run into it coincidentally, you will probably never know that there is another competition going on there. The music is good, sometimes even too good - the DJs enjoy it so much that they play the songs almost till the end. A proper fitness training in the weeks prior to the competition is therefore not totally undesirable.

Our class is an hour delayed but the music is not played shorter, regardless of the delay. But since there is no proper time schedule anyway, I guess nobody cares. The hosts announce the time of each next round right after the previous one so you should pay attention before running to the hallway to catch a breath of fresh(er) air after your jive or quickstep. The announcements are almost solely in German but whatever, most of them are irrelevant for the dancers anyway.

You can spend the breaks in a restaurant which is in the same building as the comp. Finally, a competition where you can have something else than toasts and sausages :)

Before the evening program begins, everyone is asked to leave the hall and it is cleaned up. If you have left something inside - a towel, a bottle etc. - you can say goodbye to it. At 5 PM, half of the dressing rooms are locked on the side leading to the hall. The reason for this is the admission control which is moved further back. Thus, if you have chosen one of the dressing rooms behind the control, you have to go back and through one of the dressing rooms on the other side of the hallway in order to reach the hall. Interestingly, approximately one hour after the evening program begins, the admission is not controlled anymore anyway.

The German audience is really amazing. Everyone dancing by gets his applause. You will genuinely enjoy dancing in front of such an enthusiastic audience :)

Note - the competition takes place during Easter time and the shops are closed on Good Friday and Easter Monday!

Bus 123: There is a bus stop in front of the hall but the bus intervals are quite long.

There is a HolidayInn almost next door, about 5 minutes' walk. It is not the cheapest hotel in the world but the only one close to the hall. The price-performance ratio is nevertheless not adequate at all and the service in the hotel is very poor. Now you can even enjoy free WLAN, something you could only dream of two years ago in this hotel. The management seem to have at least partly found their way to the modern accomodation standards. If you book a room without breakfast, you should order breakfast to the room - just circle everything on the list and it will be enough for both of you. You can still order pizza in the bar after 12 PM. Waiting time until the waiter decides to take your order: 15 minutes.

Early bookers: Double room - 72€ per night without breakfast / 101€ with breakfast.

A hotel at a reasonable price with very tiny rooms - we were not able to lay our competition suitcase on the floor and open it in the room. Not only the rooms themselves are too small - you can do pretty much everything at once in the bathroom, the washbasin is directly over the toilet and the shower is hardly 10 centimeters away from it. The walls are too thin and you can hear everything from the street in the night. What you, however, won't hear is the bordel downstairs. The breakfast is very good, WLAN is free.

Double room at 50€ per night with breakfast

Nice, comfortable rooms in the right size. There is a 24 hour reception. The breakfast is very good as well and WLAN is free of course but unfortunately, the signal is quite weak.

Double room at 59€ per night with breakfast

The flight between Vienna and Berlin costs about 100-150€ per person.

There is a lot to see in Berlin. In the last years we always spent one or two days more there in order to see the city. Of course, you should not miss the famous sights like the Brandenburg Gate, the TV tower, Lindenallee or the world time clock. At Easter time there is an Easter market under the Brandenburg Gate and on Alexanderplatz. 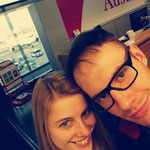 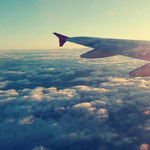 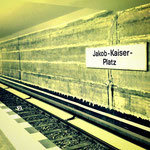 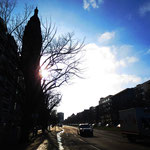